It is protective film without adhesive coating. The material is PE. The film sticks on products

depending on film’s adsorption force and provide protection to the products. It is generally

used to protect surfaces that are sensitive to adhesive or glue residue, such as glass, lens,

You can not feel static electricity at the film external. The adhesion is very low but enough to

The smoother the adherend surface, the lower adhesion is required.

The rougher the adherend surface, the higher adhesion is required.

It is used to protect products from contamination, corrosion and scratches during production,

transportation, storage and application. Keep their surfaces clean and bright in order to

1, PE glue coated protective film can have much higher adhesion than electrostatic film 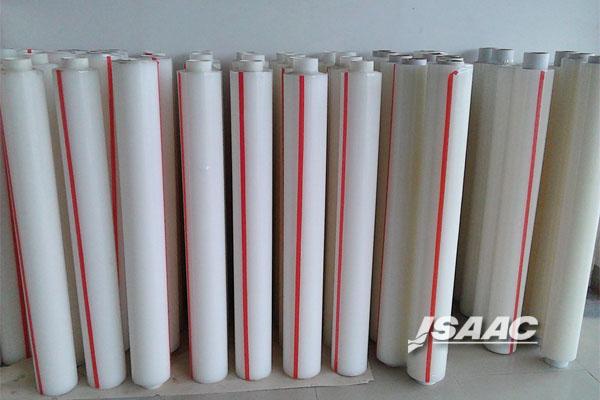