Three-layer co-extrusion is the mode of production for electrostatic film. No matter how many layers,

the production method is the same. The difference is that how much raw material is used. Isaac

electrostatic film is with high transparency and good stretchability. 100% virgin granules are melt

and blown into protective film with uniform color and good stretchability but without crystal point.

Raw material of electrostatic film is PE, which is a polymer organic compound with the simplest structure.

It is widely used on market.

Acrylic is a kind of chemical material with a chemical name of PMMA. It is product with high gloss surface

which looks very similar to glass, but it is not entirely glass. On market, many people call it organic glass.

Acrylic is a perfect substitute of organic glass. Currently acrylic can be used to make light box, aluminum

plastic composite panel and so on. It has good light transmission, pure and rich colors, good appearance,

long service life and so on. But the hardness of acrylic surface is low, so it can be damaged easily.

Because of special surface, so all manufacturers emphasize the surface protection during production,

packaging and transportation So protective film is very important in acrylic industry.

Requirement for electrostatic protective film in acrylic industry is particularly high. No crystal points, no

snowflake, no white smog, easy to apply and remove. Acrylic itself is non-toxic material, so its protective

film must be non-toxic, too. PE, short for polyethylene, is non-toxic, so it is widely used to produce

The requirement for properties and crystal points control is low. And they are mainly protective films

such as polarizing plate, color filter and so on. Such protective film has very high requirement for

for crystal points control is very strict. Only a few protective film manufacturers have enough technical

ability to meet these requirement. 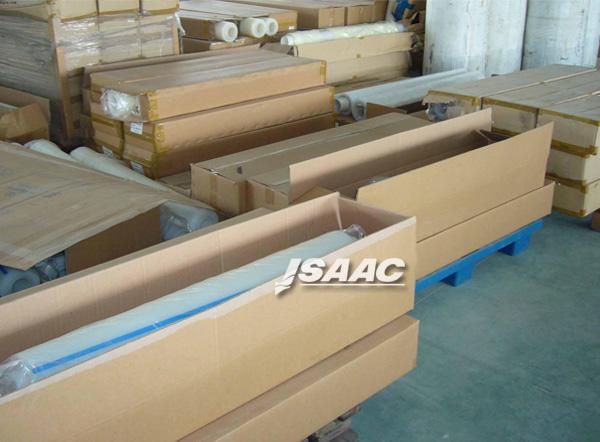